Caldiroli D, Minati L.
Method and device for remote detection, even in presence of radiation or strong electromagnetic fields, of the breathing pattern (translation).
Patent no. 102005901279938 (MI2005A000106). 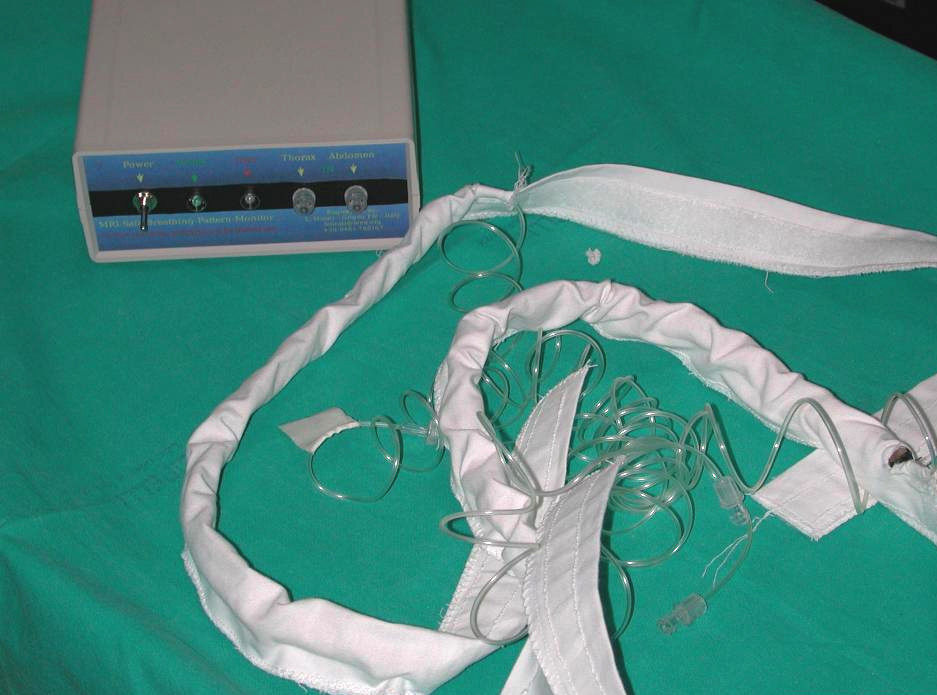 This method for detecting the trend of physiological activity such as breathing involves applying on the ribcage of a patient a detector device, within which an air chamber or similar flexible compartment is present. The latter is connected by means of flexible tubing to a processing unit: when the compartment is deformed due to breathing, the changes in air pressure are detected by the unit, that computes the respiratory profile, which can be displayed on a clinical monitor or computer screen.

Minati L., Vitali P.
Method and device for remote detection of motor acts performed by a person undergoing magnetic resonance and not determined by physiological function (translation).
Patent no. 102005901324378 (MI2005A001223).

This device for remotely detecting motor acts performed by a patient undergoing magnetic resonance imaging and not merely determined by physiological functions, includes means of interfacing with the user, sensitive to contact pressure applied by the user during performance of motor acts, and fluid-dynamical means of transmitting the signal containing the information about contact pressure to at least one signal acquisition and/or conditioning unit.

Minati L., Rampoldi S, Camisasca L.
System and method for remote and non-invasive detection of physiological excretion and identification of the type of excretion (translation).
Patent no. 102015000066507 (UB2015A005242). 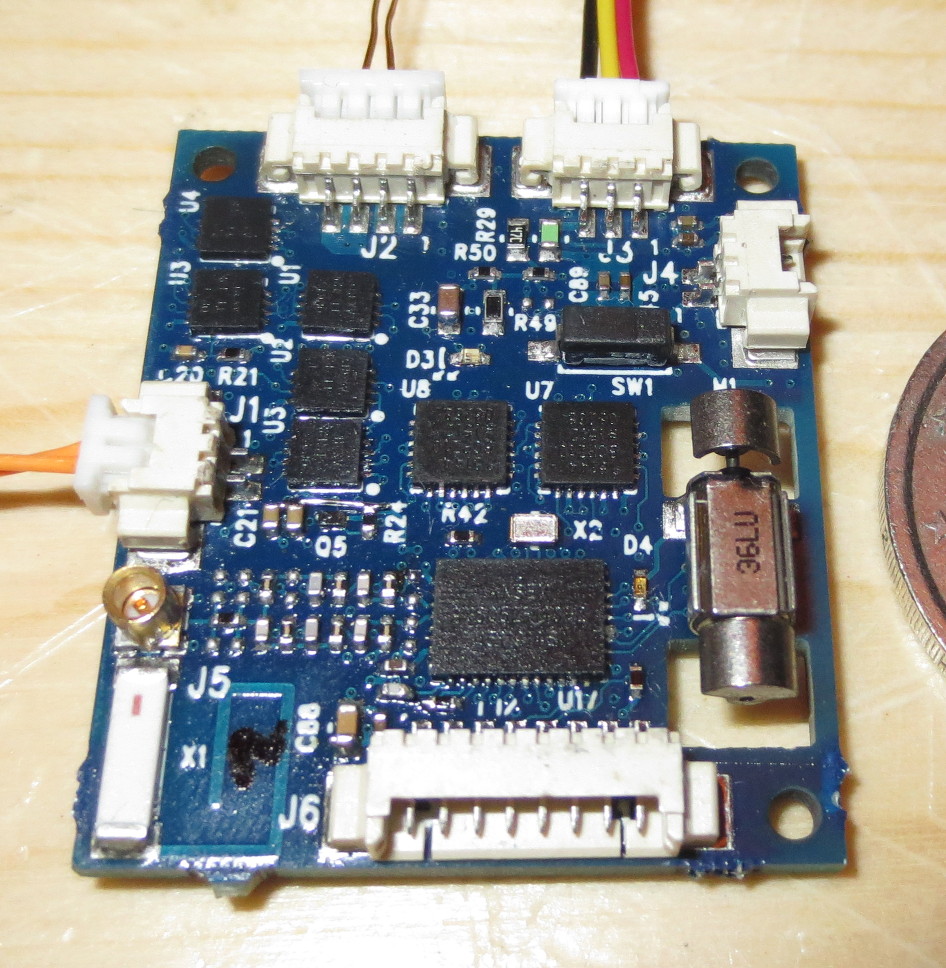 The invention pertains to a system for detecting physiological evacuation in a sanitary towel and identification of the type of evacuation. The system comprises a sensor including at least a pair of electrodes connected to an electrically-insulating material. The sensor is suitable for being applied to a sanitary towel so that, when the sanitary towel is worn by a person, an evacuation by the latter will be deposited at least partially between the electrodes. The system subject of invention further comprises a device to measure the voltage between the electrodes during repeated application to the same of electrical current at diverse frequencies. The measuring device is equipped with a transceiver of radiofrequency waves by means of which it can communicate the measured voltages to a processing unit which, based on the values obtained as a function of time and stimulation frequency, is capable of determining whether an evacuation has taken place in the sanitary towel, and if yes, to determine the type of evacuation. 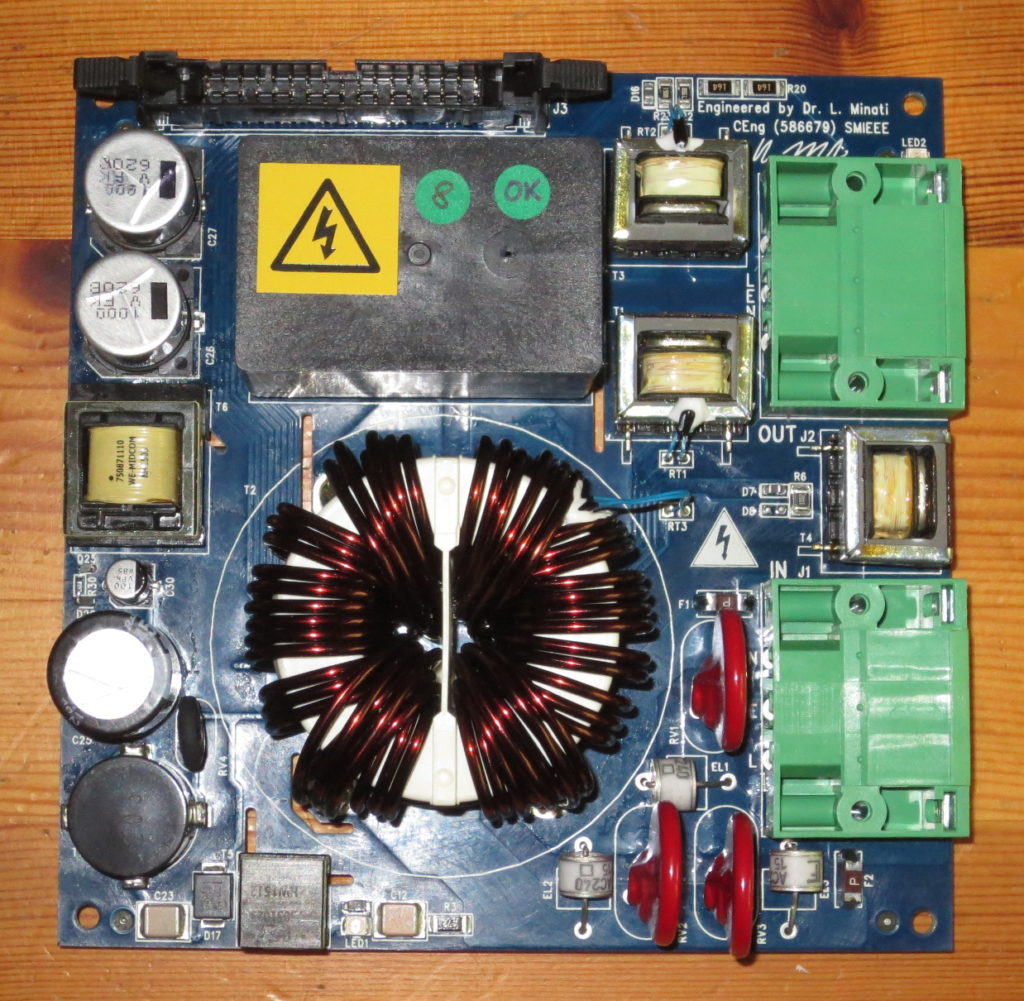 The invention refers to an electrical safety device suitable for installation in a household, commercial, or industrial electrical system, downstream of the connection to the electrical distribution network and of the detachment, safety and measurement devices required by current regulations. The device matter of invention includes a plurality of electrical current and voltage measurement stages, by means of which it is capable of performing a complex and adaptive monitoring of a multitude of electrical parameters, which characterize the electrical system wherein the device is installed. The device also includes a rule-based knowledge-based system and/or a numerical classifier, supervised by a training system, through which the device matter of invention is capable of enacting both an immediate detachment of the electrical system from the distribution network whenever situations of “immediate danger” are detected based on the rules of the knowledge-based system, and a delayed detachment whenever “atypical” situations are detected by the numerical classifier and safe operation is not confirmed by the user of the device. The device is also suitable for integration with sensors which may detect situations of secondary danger for the functioning of the electrical system, such as earthquakes, floods, fires and gas leaks. The device matter of invention, furthermore, is suitable for interconnection to radiofrequency-based information transmission systems, for example for remote notification of an imminent or past detachment action, for transmission of information related to the current or historical state of the electrical system, or for interaction with other devices potentially located nearby the location where the device is installed, such as home automation equipment, power meters and the devices embedded in the electrical distribution network itself.

Brain-computer interface systems aim to extract purposeful commands from physiological signals, such as the electroencephalogram, usually for assisting a disabled user in performing useful actions. The present invention pertains to such a system with increased accuracy and flexibility. Rather than being processed directly, the recorded signals are fed to one or more nonlinear dynamical systems driven by them and realized physically or simulated numerically. Commands are then extracted from the temporal activity of these systems rather than directly from the recorded signals. By means of insightful choice of the system type, parameters and coupling scheme, this approach can reveal and enhance the features of physiological activity that are relevant to command decoding, and attenuate all the others, beyond what is possible based on the state of the art.